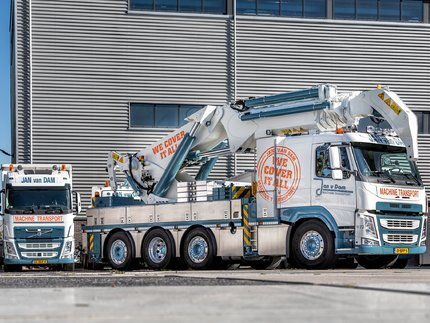 Get the most out of it – that was the idea when the new trucker box with 200 ton metre loading crane was being developed. And that has worked out really well, says Managing Director Jan van Dam. By challenging not only each other but also the crane builder to think outside the box, a truck with unique possibilities was created. ‘A display like this only happens once,’ Jan says proudly.

One of the truck's most unique features is its low clearance height of 2.90 metres, which makes it easy to work indoors. It owes this to its clever design. Whereas the truck-mounted crane is normally located behind the cab, the crane in this truck is over the cab. The low headroom is created when the crane is rotated away from the cab so that it is behind the truck. ‘We wanted it to be as low as possible,’ says Jan. ‘There was a lot of engineering involved, but it worked.’

To be able to get this low, the truck had to give up the cargo space that its predecessors had, but now a trailer can be coupled to the truck instead. A surprising choice perhaps, but if there is one thing that characterises the company, it is its ability to innovate and think outside of the box. ‘I can imagine colleagues and competitors saying to me: What can you do with something like this?’ says Jan. ‘But our strength is that we invest in things that the customers don’t yet know they need.’

The truck isn’t just low; it’s also remarkably short and compact. With three steered axles, it is the most manoeuvrable crane truck of its size, allowing it to move effortlessly indoors. The truck also has a low centre of gravity and a practical hoisting beak at the front. Jan: ‘The advantage of this is that it allows us to run very low under the ceiling. This crane truck can manage more than 40 tons, but it will also be used a lot for machines weighing around 20 tons. We can easily move those machines with this beak.’

Another feature that the company has taken into account involves the emissions generated by the diesel engine that drives the crane. They have developed a battery pack, which means that the crane can now be fully electrically powered. ‘I think that's the future,’ says Jan. ‘That's why we’ve given around four of our trucks the same battery pack. We’re taking a big step forward by doing that.’ Jan van Dam is taking this step not just for his customers but also for his employees. ‘Our employees are walking around there the whole day long. That’s why all our forklifts are now also electric.’

The company is very protective of its employees. That is why the trucker box is not just equipped with every possible safety measure but also with maximum driver comfort. Jan sums it all up: ‘A dashcam, cruise control, a dynamic steering wheel so that the truck turns just as smoothly as a passenger car… Everything we can put on it to maximise safety.’ There is also a separate cabinet on the cab that contains all the lifting equipment. The driver can lift it off the truck onto the ground and easily access the controls without having to climb onto the truck. These practical solutions allow drivers to work more easily and efficiently.

The low, manoeuvrable truck isn’t the first heavy loader crane used by the company. Almost five years ago, they developed its slightly larger and heavier predecessor, which had the largest lifting capacity in the company: over 50 tons. ‘It took at least two, maybe three years of development,’ says Jan. The result: a beautiful truck with many different features. The new truck was developed as an extension of this. ‘The market is developing fast,’ explains Jan. ‘With this new innovative development of ours, we’re showing our customers how progressive we are as a company.’

Many different parties are involved in such a development. It starts with a rough design, which Jan creates and draws together with his sons Stef and Bas. Then the drivers are asked for their ideas. ‘We design a truck like this together – I don't work on it on my own. It's not just about the crane but also about the guy who’s going to be driving it. He wants to get the most out of it too.’ The resulting design is left to the crane builder in Turkey. ‘They had never made anything like it before, but they said it was possible. And they were right. Sometimes you have to go right to the edge and trust in yourself, because then you really get the most out of such a truck.’ 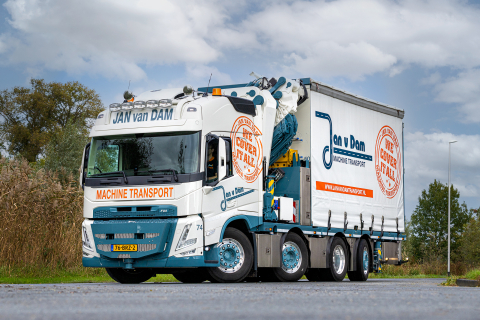 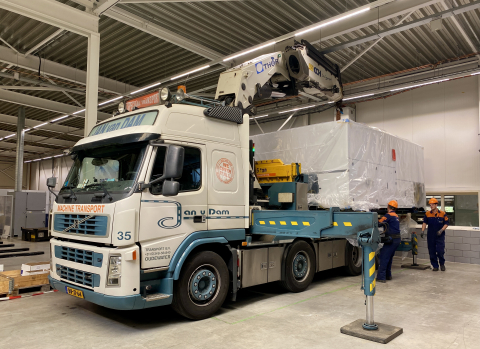 Over a period of more than five years, Jan van Dam Machine Transport has managed to install no fewer than 150 machines at 247TailorSteel, which manufactures custom-cut metal sheets, tubes and bends. This special milestone was recently celebrated with cakes for 247TailorSteel’s employees. 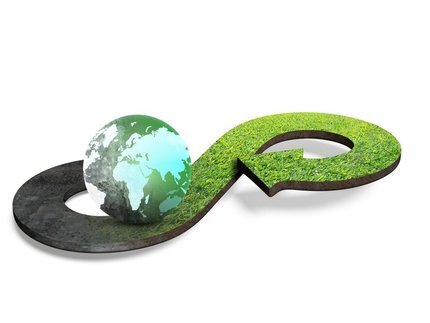 A transport company and circular entrepreneurship – a contradiction in terms?

If you had asked Jan van Dam that fifteen years ago, he would have said yes. But we have since discovered that many things are possible in that area.

The Jan van Dam Group is represented in two companies: